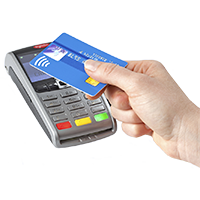 Here we are approaching the end of 2014. We have had a great year so far in the merchant services industry, with healthy growth in sales and greater flexibility for merchants. As we are approaching 2015, an important year to our industry, we would like to summarize this year and introduce some new products and services to our merchant.

Secondly, MagicPay has started to work with a new processing bank which would allow us to lower transaction fees and provide our merchants with online reporting in a more concise and organized matter. Merchant statements were available online since the end of 2012 but now account settings may also be changed using the online portal.

MagicPay has been providing EMV terminals since August 2014 to new and existing merchants. Currently we are supplying merchants with the Ingenico iCT220 and the iCT250 as we find those to be reliable and secure.